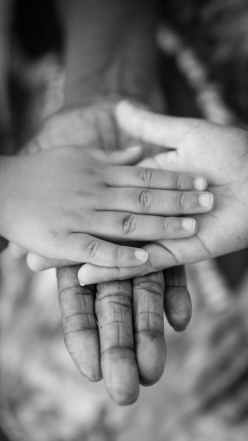 “If we say we are pro-life, then that means ALL life…not just the unborn!”

That was the statement that made adoption very real for my husband and I.

Ever since I was a young girl, I have always wanted to adopt! My love for the unloved drove my career choice as a special educator and school administrator for 10 years, and it continues to drive my heart on Sundays and Wednesdays as I serve alongside my husband at church. As an assistant pastor, he is constantly pouring his life into others at church, in our community and into our family!

Our family had its official start on October 20, 2007, our wedding day. Our little family grew in 2009 when we found out we were expecting our first child. We were ecstatic, telling friends, co-workers and family, only to find out, literally, the day after we told everyone, that we had lost our first child in a miscarriage at eight weeks. With hearts broken, we immediately started discussing the possibility of adoption, especially if God wasn’t going to enable us to have biological children.

The Lord had other plans however, and we were pregnant again about 6 months later with our oldest. Our pregnancy story continues on as a painful one, a process where the Lord brought us closer to Himself, as we had not just one miscarriage, but a total of four miscarriages over the course of 6 years with our last one at 13 weeks gestation in 2015. That was a frightening time for us both as I had to be rushed to the ER during that loss. The Lord blessed us with seven children, and three of them, all boys, are with us still today. When people comment on our boys with statements like, “All boys! You going to try for a girl?”, our oldest was known to say we have four sisters in Heaven, and someday we’ll get to meet them.

Our final pregnancy with our youngest was the toughest. Because we never had two successful pregnancies back-to-back, and I had many health issues during the last pregnancy including severe back pain and gestational diabetes, we knew that the birth of our third son in June 2016 would mark the end of our attempt for any more biological children. As a result, the topic of adoption started entering back into our lives again, and at first, it was in an indirect way. We would bump into friends who would tell us their adoption story without us even asking. A couple of families at church were going through foster-to-adopt situations. The new school our oldest is attending for second grade this year has a large number of families who have adopted. What a wealth of resources! Then after we Googled adoption information one day, adoption ads would then appear on our sidebar, always putting the idea of adoption back in our minds again. Isn’t it awesome that God can even use computer cookies to work in our hearts!

We started asking more questions from those many incredible resources and started seriously praying about whether or not we should go down this road. We believe that when a door seems to be opening, we should walk through it prayerfully until God firmly closes it (Phil. 1:6). So, with our desires to adopt growing and a peace about stepping ahead in faith, we officially entered the adoption world.

Knowing very little about the adoption process, we began our journey looking into one of the most well-known agencies around. We immediately thought we’d adopt through a domestic adoption, but we quickly learned that we disqualified ourselves in our state due to our age and number of biological children we already had. The agency informed us that birth mothers were choosing parents who didn’t have any children and who were between the ages of 25-32. We never felt old until that moment!

So, the Lord led us through this process of understanding adoption better to lead us to pursue an international adoption. We were immediately drawn to the country of Columbia. We learned during one of our trainings at the adoption agency of the huge number of unwanted children just stuck in Columbia…sibling groups, children with disabilities…so many precious lives needing a forever home! We immediately thought we’d love to bring home a set of siblings to be able to keep them together, but we didn’t realize at the time that these sibling groups only included children ages 9 and older. Our oldest was 6 at the time, and we really felt like we should keep him in that birth order due to his personality and individual needs. So, the door to Columbia closed.

The agency then recommended us adopting from South Korea, but again that door closed quickly, and it almost looked like we weren’t going to be able to adopt after all. A few days after South Korea closed for us, the adoption staff sent another email about America World Adoption Agency’s India program. God works in exciting ways beyond what we can ever hope or think (Eph. 3:20-21)!

So, fast forward 20 months through tons and tons…and tons of paperwork, blood draws, sweat and many tears…

After a nearly 35-hour trip back to the US, we were home with our sweet girl! Just 5 months after seeing a picture of her beautiful face for the first time, she was home. The Lord had worked out every single detail to bring her home (see the many blog posts in 2018 and 2019 for more on this), and suddenly, we became a family of six! We are  so blessed by her sweet, bubbly, energetic addition to our every day! Our lives have been forever changed as we attempt to live out the STEADFAST LOVE of our awesome God in her life!